On this episode of rebelinfo.com podcast, we ask was there a conspiracy to stage a coup and overthrow democracy, installing Donald Trump as a dictator with Michael Flynn, Alex Jones and his sidekicks as the media arm of the plot?

On this episode of the rebel.com podcast, we ask was there a conspiracy to stage a coup and overthrow democracy, installing Donald Trump as a dictator with Michael Flynn, Alex Jones and his sidekicks as the media arm of the plot?

Was the attempted coup modelled on the failed Business Plot of the 1930’s, which was similarly stoked using a popular uprising – in that case of war veterans – as cover to install a fascist dictator under the auspices of wealthy businessmen?

Come on a journey along the path to January 6, 2021 and find out what these people were doing and saying in the days that led up to the insurrection.

Be prepared – this may blow your mind!

You will never think the same way about January 6 again.

rebelinfo.com podcast is available at Spotify and Anchor.fm

This episode of the rebelinfo.com podcast is made from the content, themes and ingredients of the following rebelinfo.com articles:

“Few coups succeed at the first attempt. However, many are successful the second time” 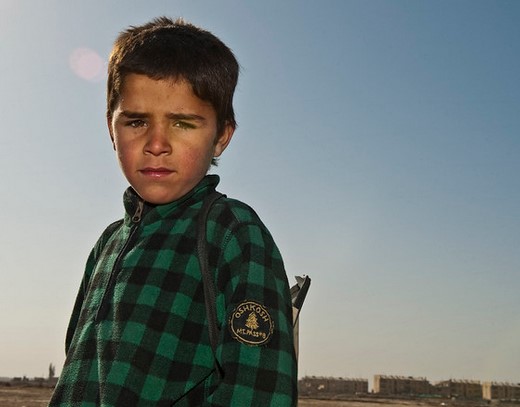 “Few coups succeed at the first attempt. However, many are successful the second time”

Back in October 2016 I wrote an article on what might happen were Donald Trump to succeed in his audacious attempt to become president of the USA.

Here is how that article ended. On reading these paragraphs, you may understand that what I have to say about the USA and what comes next after Afghanistan might be worth listening to:

“There is a shadowy group in existence that has a plan…….

They need a man to help them wrestle control from the coming pluralistic order, one who isn’t seen by the majority to be beholden to the elite interests and privilege of yesteryear. A man who will do what has to be done without worrying about being politically correct, or even for that matter, correct in any way at all. A man who has no problem in lying through his teeth and is so polished at lying he can get millions to not worry that all he is, in fact, is a liar through and through. A man who knows that after decades of being lied to, a large swathe of the U.S. electorate don’t believe anything they hear anymore anyway, so it matters not what the liar says as anything is more believable than someone in ‘insider’ politics who is supposed to be pretending to tell the truth.

A man who would willingly utilize the media platform of an individual who has been engaged in the dissemination of untruths on a massive scale which have served to obscure further the truth behind some of the most critical issues of our time.

Donald Trump, a man who would befriend Alex Jones and in the process Jones would throw under the bus all his previous moral platitudes in return for vain-glory and increased revenues.

Could Alex Jones Infowars be a tool that has been slowly paving the way for a time when it is necessary for dissent to be fomented, in order for a popular political uprising to deliver a less democratic form of power into the hands of some very unsavoury characters? With all the unsavory characters that seem to swirl around the infowars brand, could there be a plot akin to the failed 1934 fascist Business Plot coup attempt to overthrow the Roosevelt administration?

And if there is a fascist plot being hatched, will there be a Smedley Butler to save the day?

Alex Jones, a man who cries freedom of speech and then supports a presidential candidate who supports closing down parts of the internet to achieve his objectives. Alex Jones, a man who reported widely on and derided the CIA for their extraordinary rendition and torture program and now supports a presidential candidate who extolls the virtues of torture and thinks the U.S. needs to go even further in its use of it.

Alex Jones, a pied piper at the gates of hell, ready to lead the unwilling – who knows, perhaps even you – into the valley of darkness, into the abyss.”

USA: No Longer The Worlds Policeman

You may think having the troops home from Afghanistan is a great achievement. It was Trump, of course, who started the pullout en-masse.

It is Biden of course, who has made a hash of ending things there, with Trump helping line up the disaster for him.

But if the U.S. military is no longer policing the world, who is it going to police?

How are all those politicians who are in favour of diverting so much of the U.S. taxpayers hard earned cash into the pockets of military contractors going to keep their campaign coffers full of war lobby dollars?

Furthermore, how are these warmongers for cash, these prostitutes of Mammon, going to retain their seats at the table of power?

I fear, once more, that our answer lies in the aforementioned article, “The Strange Relationship of Infowars’ Alex Jones, Donald Trump and Roger Stone.”

Is The USA About to Eat Itself?

Here is what I predicted in that article may happen when the chickens come home to roost about how it has conducted itself on the world stage since the end of World War II:

With the end of foreign military adventures and a hole blown in their ability to coerce right wing voters with jingoism and false patriotism – with the shift of demographics making it harder and harder for them to make political headway – pretty much the only option the Republican party has to gain and retain power is the lie and the boot.

And how long will it be until the demographics have shifted so far that it makes a Republican victory only a vague possibility?

Do you think if they regain power they are going to allow that inevitability to occur?

Why do you think there is a Republican rush for voter suppression?

Once they are back in power they will have the knowledge of Trump’s efforts to dismantle democracy both with misinformation and violence, and a country tearing itself apart at the seams as it tries to make sense of three quarters of a century of military misadventure.

Add to that an education system and cultural ecosphere that actively works against promoting critical thought in it’s population, and a military sitting around scratching it’s ass, then well….

……you have what I believe is called a tinderbox. And as we all know, the devil makes work for idle hands.

And as Joe Biden sits at Camp David, pondering those who he blames for the debacle in Afghanistan, he may like to have a quick recap of this Wikipedia article which documents American senators who voted in favour of the war in Iraq.

There sitting prominently in the list of Democratic senators who voted in favour of the resolution is Biden (D-DE),

For ultimately, it is those that voted in favour of that big lie, who paved the way for the walking big lie called Donald Trump.

For they were hoist with their own petard, in the age of smartphones, when everyone had become an intelligence target.

This article is accurate and true to the best of the author’s knowledge. It is not meant to substitute for diagnosis, prognosis, treatment, prescription, or formal and individualized advice from a veterinary medical professional. Animals exhibiting signs and symptoms of distress should be seen by a veterinarian immediately.

This is a text widget. The Text Widget allows you to add text or HTML to your sidebar. You can use a text widget to display text, links, images, HTML, or a combination of these. Edit them in the Widget section of the Customizer.
Loading Comments...
%d bloggers like this: